It used to definitely be predominantly pale-looking adolescent, spotty boys, but now you’ll find that even your mum, your trendy sister and possibly even your granddad are into gaming. The gaming industry is actually bigger than the film industry. So serious business, there’s no denying it. We’re not just talking about the industry here, the actual gaming itself is also constantly becoming more serious. And that attracts serious people. Like academics, for example.

There are now more than 14 PhD students who are in the process of obtaining their PhD, or have already obtained their PhD, with an IJsfontein project. The scientific interest in serious games is currently mainly from the healthcare sector. And that’s quite logical too. There is a major need for innovation and scalability in healthcare. This means there are certainly a multitude of possible applications for serious games. Plus proven to be effective is a prerequisite for use in healthcare. This means plenty of research has to be done. The subsequent results of these research projects are also of interest to other industries which want to use serious games themselves. We interviewed 5 of these (candidate) PhD students. The most important insights now follow:

1. Is a serious game more effective than regular training?

That’s the key question, which, in line with good scientific practices, simply can’t be answered with a quick yes or no. It’s a yes for the Delirium Experience. This is a cinematic game for doctors and nurses, allowing them to recognise and deal with delirium more effectively. You’re dealing with a delirious patient in the game. It’s down to you to decide on the appropriate interventions, which will ultimately return the patient to a stable situation again. Kiki Buijs-Spanjers (see picture), PhD at the UMCG, compared the game to traditional training. Spanjers: ‘Students who had played the Delirium Experience enjoyed higher scores for providing care recommendations for delirious patients compared to those students who had completed regular training. They also scored higher where learning motivation and involvement were concerned.’

Mary Dankbaar, PhD at the Erasmus MC, conducted research into the abcdeSIM. This game involves doctors practising the ABCDE method. This is a standard method which is used all over the world to treat acutely ill patients in accident & emergency departments. The abcdeSIM could well be the most successful serious game in the Netherlands and is used by an impressive 40% of Dutch hospitals. The game is used abroad too. Dankbaar conducted research into its effectiveness: ‘I found that young doctors actually had better skills where assessing and stabilising patients were concerned than the control group after playing the game. Plus they were incredibly motivated to play the game too.’

One thing all scientists definitely agree on is that the effectiveness of a game stands or falls with the quality. Is the game context correct? Does the complexity effectively link into the target group? Is the game appealing to play? And, often underestimated, does the interaction work well and is the design clear and well suited to the target group? The importance of this quality is something Anouk Tuijnman, PhD candidate at the Radboud University and the Trimbos Institute, has experienced too. She conducted research into Moving Stories. A game which helps young people to recognise depression in themselves and others and to make it open to discussion. ‘One definite thing I have taken away from working with IJsfontein is that creating a game is a complicated process. It demands an awful lot of knowledge and experience. It’s also incredibly important for a huge amount of testing to be done with the target group and that the customer truly becomes part of the team. IJsfontein manages this process like no other.’

The Moving Stories game wasn’t compared to regular training, but the effect of the game was looked into instead. Tuijnman: ‘Games are excellent learning machines, you can effectively practice at your own level and you are constantly encouraged to continue.’ Moving Stories was completed by virtually all students, whilst this certainly wasn’t compulsory. This is actually quite exceptional for this target group. The stigma around depression was significantly reduced among the young people who played the game. A total of 90% of the students would also recommend the game to other students.

Dionysis Alexandridis, PhD candidate at Utrecht University, conducted research into how a game can help chronically ill children to deal with the social isolation resulting from their illness more effectively for the Healthy Play Better Coping project. ‘Children with a chronic illness are often forced to miss out on social contacts. They can’t attend school as regularly as others, often can’t participate with everything and get tired more quickly. This means they don’t just miss out on contact, but also on the skills they would be learning if they had been able to play with other children. This inevitably results in them lagging behind their peers where their social emotional development is concerned.’ The game currently being developed is focussed on improving children’s ability to mentalise. The ability to mentalise means realising behaviour (external) arises from feelings and thoughts (internal). You’re not just aware of your own feelings and thoughts, but you also think about other people’s. These feelings and thoughts often aren’t said out loud, but we simply fill them in. We are therefore assuming we know what the other person is thinking or feeling. The ability to mentalise is realising that these assumptions are often incorrect.

The game addresses both the negative and positive aspects of certain emotions. One important condition is that the game is played with several children. One child with the condition and three healthy children. The game is currently still under development, but Alexandridis is expecting a positive effect, based on the literature and success of existing interventions. Alexandridis: ‘My most important insight from this project is that you must take children seriously and most definitely don’t treat them like patients. A game allows for this, as you can effectively work with metaphors. You take children along into a fantasy world. Perfect for indirectly making sensitive subjects open to discussion.’

Anouk Tuijnman, who also conducted research into Moving Stories, thinks games can be a useful addition to therapy too. ‘Many of the therapies currently on offer are somewhat outdated and games effectively link into young people’s worlds. Plus there is little stigma. Playing a game simply feels completely different to going into therapy. The long-term hope is for this to be cost effective too, as conducting part of the therapy via a game will be much more scalable than one-on-one therapy.’

Purposely doing what you’re not supposed to. This is sometimes also referred to as dark play in the world of games. So it turns out … You actually learn just as much as you would when partaking with Normal Play.
Kiki Buijs-Spanjers conducted research into this phenomenon with the Delirium Experience.
Spanjers: ‘There was a fear that students who did everything wrong on purpose and actually made the patient even more delirious would learn the wrong things. This turned out not to be the case. They learned just as much as the players who didn’t do this.’

Jan Willem Huisman, IJsfontein’s Creative Director, was by no means surprised. ‘It’s a well-known fact that many players do this. After all, a game environment is the perfect place to experiment. You can consciously do everything you’re not allowed to do. This actually results in a more in-depth learning experience and increases the learning efficiency. The fact that this has now also been scientifically proven is obviously fantastic.’

4. Playing is naturally fun for children, but what about older people?

Sabine Schootemeijer, PhD RadboudUMC is absolutely not a gamer, but she still decided to conduct research into how a game could help Parkinson patients to start moving more.
‘A game certainly wouldn’t necessarily be the first thing you think about when you start developing something for this target group. I was quite surprised about how subtle game elements can be. The app for Parkinson patients is an accessible digital tool which works like a kind of pedometer. The patient doesn’t feel like he’s playing a game, but is nevertheless tempted to continue moving.’
The research isn’t complete as yet, but the initial tests with patients have been positive. It seems like patients are enjoying the game and really feel motivated to start moving and to continue moving. We will have to wait and see whether this will continue in the longer term.

Working together with a creative agency full of ‘creators’ will force scientists to translate their starting points into practice. Sabine Schootemeijer: ‘This is really going surprisingly well, it’s completely different to working with other researchers. You approach a problem from a completely different perspective and that interaction certainly generates some amazing results.’ Dionisis Alexandridis also thought briefly stepping out of the academic world was very enriching. ‘As a researcher, it’s very valuable to work with experienced experts, who have actually seen what works and doesn’t work. Plus these are smart people who think along with your research too.’ This practical approach will also lead to an improved implementation. In addition to being a researcher, Mary Dankbaar also chairs the Dutch Society for Simulation in Healthcare’s serious games committee and has seen a multitude of serious games pass by. ‘Many of these unfortunately end up at the graveyard of splendid ideas. It’s truly crucial to start thinking about implementation very early on in the process. Involving the target group and other stakeholders with the development is incredibly important.’

And vice versa, IJsfontein has certainly also learnt a great deal from science.  IJsfontein has adjusted its working method as a result of the many collaborations with scientists over the years. Researchers have been employed and people work in an evidence based manner. This means IJsfontein concepts are based on existing scientifically substantiated starting points. Tests are also conducted very early on in the process to ensure the concepts are working. This happens with every project, irrespective of whether it’s scientific or not. Jan Willem Huisman: IJsfontein has made a conscious choice to focus on evidence based design. This has resulted in many of our projects being validated and, even more important, that our games actually have a major social impact. I love gaming, but it does need to work.’ 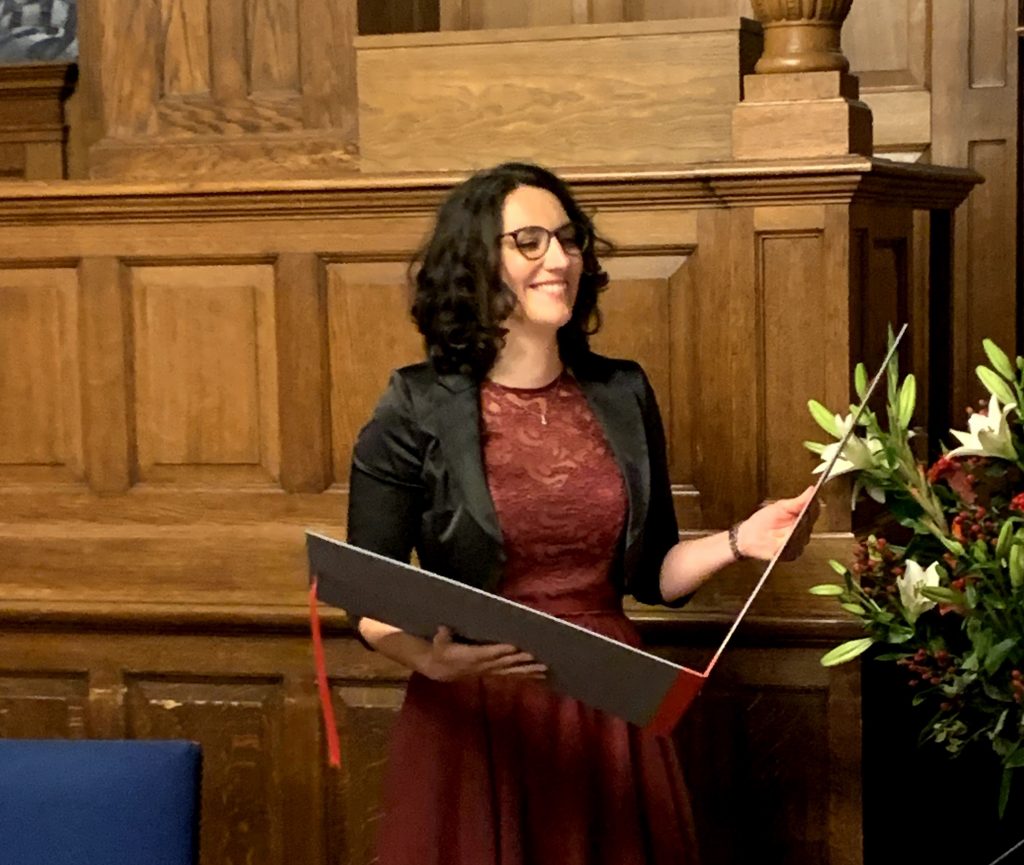